Issue 3 of HEY LADY is on Candy Darling, the very glamorous actress from New York best know for her role in Andy Warhol’s films. She was apart of the legendary factory scene in the 1960’s and has had music written about her including the song "Candy Says” by the Velvet Underground and “Take a Walk on the Wild Side” by Lou Reed. The recent documentary, Beautiful Darling, is an incredible film about her life, successes and struggles as a transgender women. She died in 1974 and her ashes can be visited in the cemetery in Cherry Valley, New York. 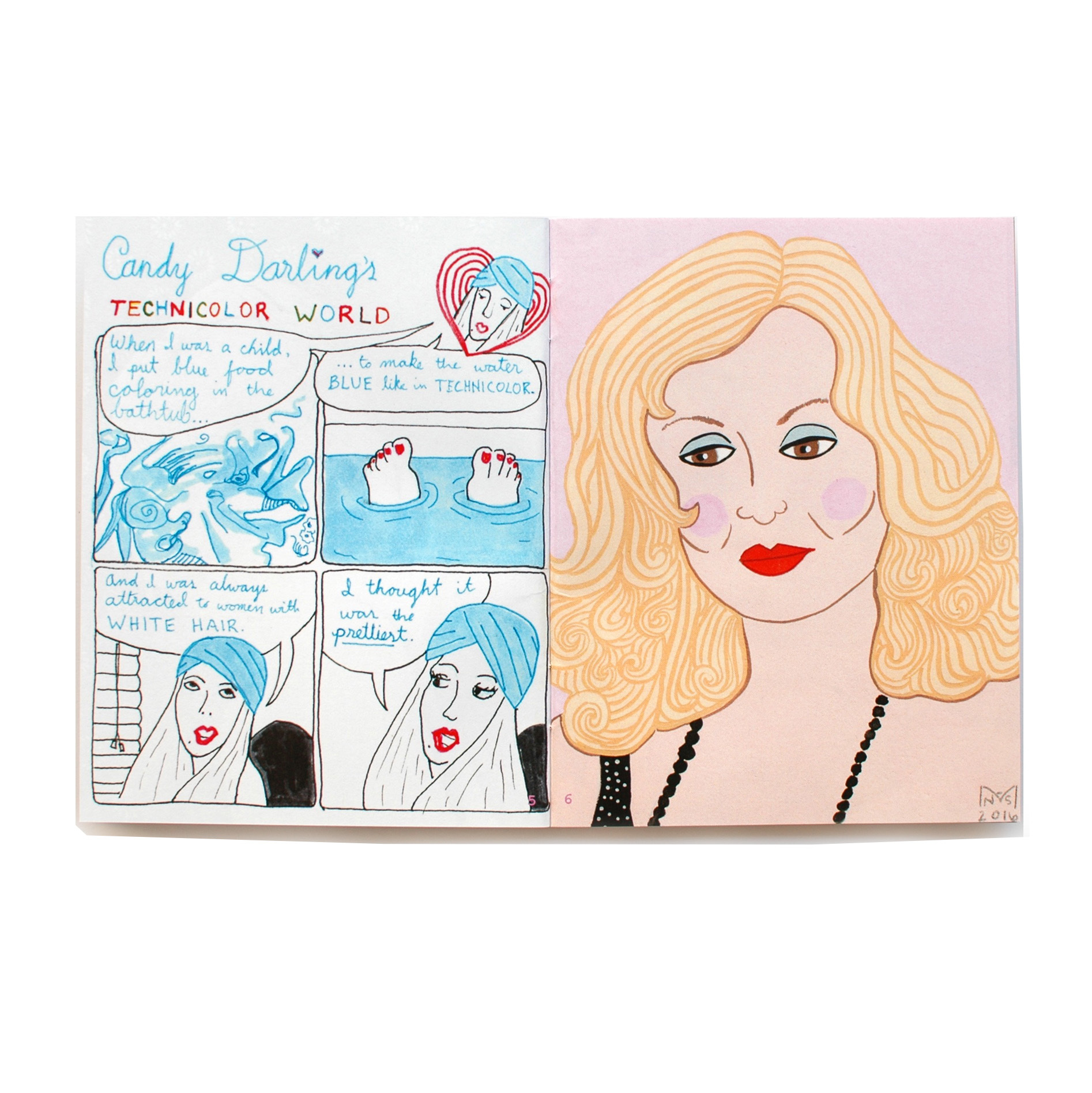